I recently read the novel from Irish author Sally Rooney called “Conversations With Friends.” The novel was released a few years ago and I decided I wanted to read it while I waited for Rooney’s second novel “Normal People” to be released in the United States. “Normal People” was released in the US on April 16th. I may review that novel at a later date on this blog. But for now I’d like to discuss “Conversations With Friends.”

I first found out about Sally Rooney in an Entertainment Weekly article publicizing her new book “Normal People” that hadn’t been released at the time of the magazine’s publication but it is now (released in the US, as of April 16th). They’ve since reviewed ”Normal People” (although I usually choose not to read reviews of books I’ve already decided to read- I’ve purchased it already). The article was written as if she is a literary wunderkind (which I won’t deny after reading “Conversations”). I assume the review is similarly glowing. I’m not a jealous person but I do like to “visualize/daydream” what it would be like to be the literary wunderkind that it seems like Rooney is. In the article Rooney is described as an author on the brink of mass international acclaim. She’s already received it in her native UK (she’s Irish) and she’s been lauded by such celebrities as Lena Dunham (actress & writer/creator of HBO’s show “Girls”) and Sarah Jessica Parker (actress and executive producer of HBO’s “Sex & the City”). Not to mention articles in The New York Times (where the book debuted as number 3 on the New York Times List), and an interview on the LA Review of Books (listen here). 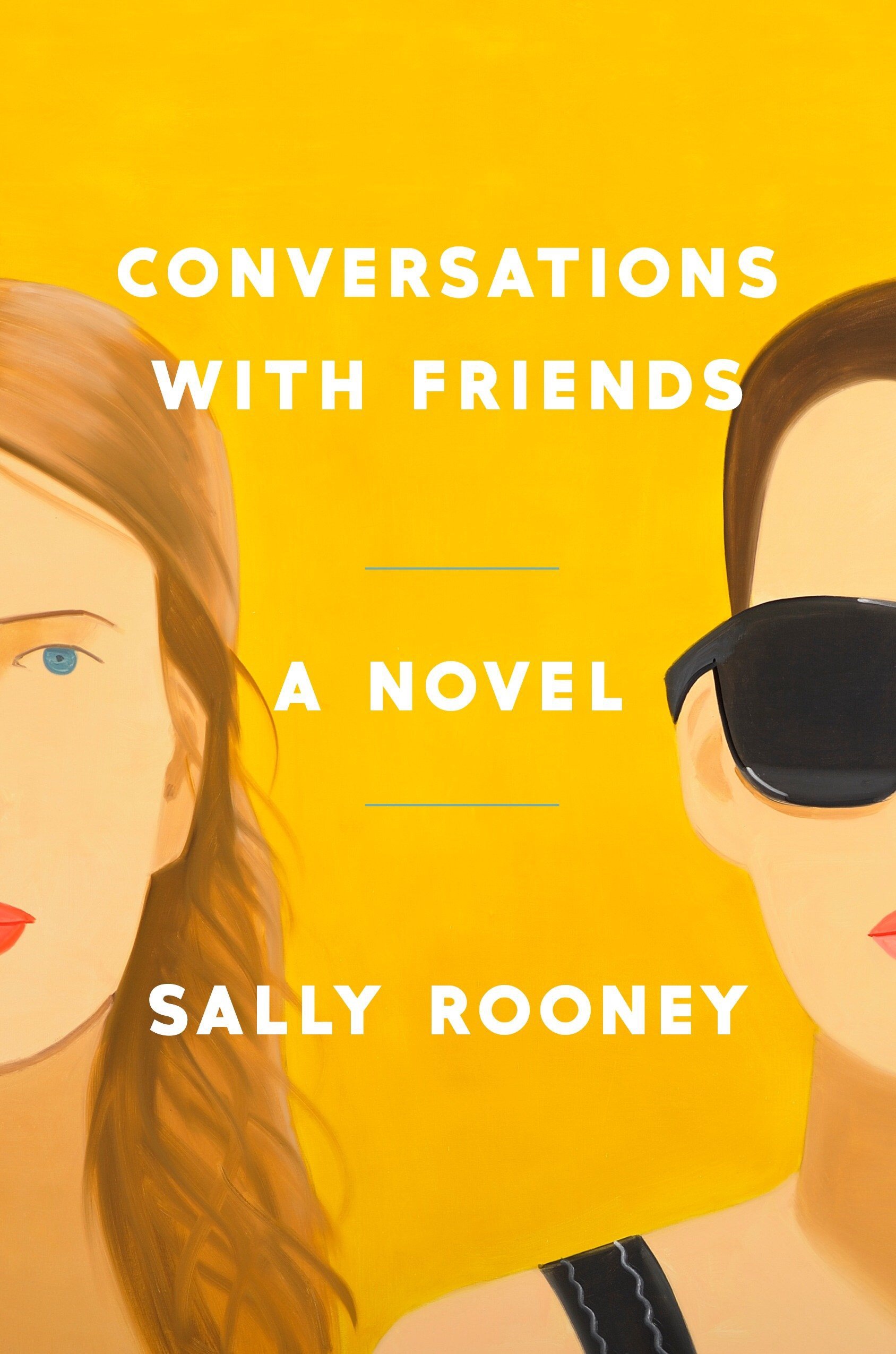 “Conversations With Friends” is a novel told over the course of several months in the lives of two college girls (21 years old) and a married couple around 10 years older than they are. The four characters live in Dublin, Ireland.

The novel is split into two parts. When I saw that I thought maybe Rooney was going to do something major like shift who your central narrator is and retell the same story from a different perspective. This isn’t really a spoiler since I was probably the only person who thought that, but she doesn’t do that and keeps the same narrator throughout. Which makes sense. Since my main compliment of the story and Rooney’s prose is that she managed to do so much (make you feel so much) with a relatively small story. Small in terms of scope and what actually happens but the emotions and observations are quite large and impressive.

I read the book on my Kindle and it allows me to digitally “highlight” passages I want. I highlighted a lot. Mainly because I knew I would want to go back and read just these passages even if I didn’t re-read the book (I don’t often re-read books). In some articles I read about Rooney they were billing her as “the J.D. Salinger of the Snapchat generation.” That’s kind of a silly statement for many reasons. I don’t really like when authors are said to be “the next ________” because the first author’s work is still around and hardly being replaced by this new one. And also mentioning the acclaimed author of “Catcher and the Rye” (Salinger) and the social media Snapchat together just seems wrong!

[Also, this is a side note unrelated to anything I’ve mentioned previously other than classic novels & the “Snapchat generation” but I have seen on two different occasions on unrelated home shows (I watch a lot of HGTV) where people named their dog “The Great Gatsby.” Why not just Gatsby? Why add “The Great?” And they both seemed like they probably hadn’t read the book (I know, I shouldn’t assume). They were probably inspired to name their dogs that after the movie remake of “The Great Gatsby” with Leonardo Dicaprio as Jay Gatsby in 2013. 🤦🏼‍♀️]

After some difficulties this weekend and some accidental blog posting (ignore my post last night, subscribers) I finally figured out how to group posts by category & sort into pages and created a pretty archive page and drop down menu. Hopefully my blog is all neat and orderly now and I can concentrate on the important stuff: creative writing!

Well, I was on my computer and iPad A LOT these past few days trying to figure out the archiving and pages and categories, etc. Now I’m going to give my little TBI brain a rest from technology!

“See” you next Monday with a new post. And congratulations to Harry and Meghan, the Duke and Duchess of Sussex, on the birth of their healthy baby boy!