I know I said I wasn’t going to publish my stories on this blog and I still don’t plan to. That’s not the purpose of this blog. It’s to get me writing creatively and to motivate me. I’m not really in a place where I want to share my creative ideas with the world yet. However, I would like to share my writing in some way on this blog (otherwise what’s the point of a blog).

So my idea is to do a weekly essay of some kind.

The idea is the essay could be about something serious, personal, silly or pop culture (we’re approaching the Oscars. Those who know me know there will probably be an Oscar-related essay soon). I just want to stretch my writerly muscles (without pulling a hamstring).

This week’s essay is about being thankful. In particular I’m thankful for the hearing I have (#thankfulthursday). About a year ago I was in an accident that caused me to suffer many injuries with a Traumatic Brain Injury (TBI) being one of the major ones. I was in a coma for 3 weeks and when I came out of it we realized I was not hearing anything (and thankfully I had a hidden skill for lip reading, which came in handy, #thankfulthursday). For the first 5 months after my accident I couldn’t hear anything. Now I can “hear” (I put that in quotes because it feels so different from the hearing I used to experience) but my hearing is greatly compromised (I used to have perfect hearing). All voices (even my own) sound heavily distorted (think bad guy using a voice distorter to disguise his voice when calling for ransom in a movie) and I hear white noise (like a sound machine) all the time. What I can hear is diminished. I read lips 100 percent of the time. When I watch TV I use the closed captioning because my hearing is so spotty. I used to “hear” sounds from when I first started hearing again on what I call a sound loop: an ambulance siren, cell phone ringing, loud footsteps, etc. I would “hear ” this sound loop repeating 24/7 even though the sounds were obviously not there anymore. Thankfully that stopped after 5 months.

The above paragraph sounds like I’m complaining and the theme of this essay is supposed to be about being “thankful” (#thankfulthursday). Don’t worry, I’m getting to the thankful part. Just one more “complainy” part: One of the things I didn’t mention above was that I can’t hear music. We (me or my doctors) haven’t quite pinpointed why other than the brain can’t process it. Because for me it’s really more a brain thing rather than a hearing thing. Yes, I have some hearing loss but it’s really more how the brain was affected in my accident that is causing these issues (the TBI I mentioned earlier). So when I say I can’t hear music it registers as something akin to metal on metal noise (rather than the sweet soothing sounds of a guitar, etc.). Here comes the thankful part: Since I was a hearing person for so long I have years of a sound and music catalog in my noggen. The littlest things can trigger a song to play in my mental jukebox. 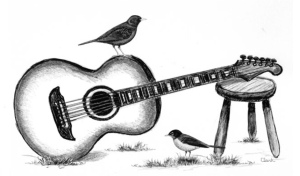 Today I was getting my hair done and my hairdresser mentioned the song “Blackbird” by The Beatles. I love that song. My little mental jukebox (or iPod if I don’t want to date myself) happily played “Blackbird.” That’s when I became thankful. Yes, I could be sad that I can’t hear normally and can’t hear music at all (believe me, I have plenty of those days). Today I chose not to be sad about it. Because it’s not Sad Saturday, it’s Thankful Thursday (I can’t help with the alliteration for some reason. I think I’ve been on social media too long).

So happy #thankfulthursday on this first essay on my blog. I hope that you like the song “Blackbird” by The Beatles because I bet it’s going through your head now on your mental jukebox/iPod. Because I have sympathy for your mental jukebox and the potential ear worm I just released in there here’s an interesting Rolling Stone article on the song “Blackbird” and the inspiration behind it. Plus it has a video of Paul McCartney performing the song. You’re welcome. #thankfulthursday 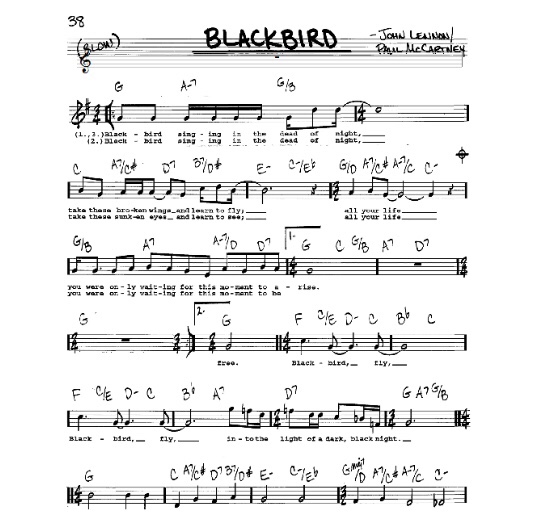