This is something I’m working on as a part of my memoir (therefore it’s not quite as finished as it will be in the memoir). However, I felt it worked well for this blog too since I’ve mentioned the dogs in my life frequently (such as @bellajocavalier and @selbysweetie [both on Instagram]).

Blog note: ordinarily the 5th Monday of the month is a pop culture extra. But, I had this one written and I have been spending a lot of time with Bella and Selby lately (and I love it).

Then Tansy passed away and then a week later I was in a very serious car accident, Bella was the only puppy in our family for a while. She loved it. She thrived. She got used to it. And then once I came home from the hospital and healed enough my parents and I decided we were ready for a puppy. As is probably clear: I have always wanted my very own pup. I was finally going to have my very own important puppy and I was the most excited I had been since the accident. I’m not entirely sure I can get excited after my Traumatic Brain Injury (TBI) as my emotions are very stagnant. However the prospect of my very own important puppy broke whatever wall the TBI had put around my emotions.

We got Selby Sweetie on July 30, 2017. She was born on May 25, 2017. In the tradition of Cinnamon and Tansy before her she’s a girl cocker spaniel. Also in the tradition of Tansy, she’s a different color than the cocker spaniel that preceded her. She’s black and white with lots of black freckles. Oh those freckles. They are my favorite. I didn’t really realize dogs could have freckles like that. But she does. On her nose and EVERYWHERE! Did I mention they are my favorite? She has helped me continue to heal. I look forward to seeing her little freckled face everyday. Her sweetness and exuberance for life and everyone she meets is truly infectious. All the doctors and medical professionals I’ve seen say recovering from a Traumatic Brain Injury is a long process. It takes a long time for the body to heal. And A LOT OF SLEEP. 😴 💤 One thing both Selby and Bella are excellent at (well all 🐕 🐕 I’ve known) is taking naps with me! Especially Selby. When she was tiny she used to sleep on my head. Now she’s moved to my lap. Wherever she sleeps, I’m just really happy she’s there. She’s my first very own puppy and for that reason and many others she’ll always be an important puppy.

Note: I know Selby was only in a very small part of this essay but Selby has her very own chapter in my memoir. And I’m sure she’ll get mentioned many times throughout it! Here’s an adorable picture I made into something cute of Selby to assure she’s always on my mind… and on my lap! 🐶😁 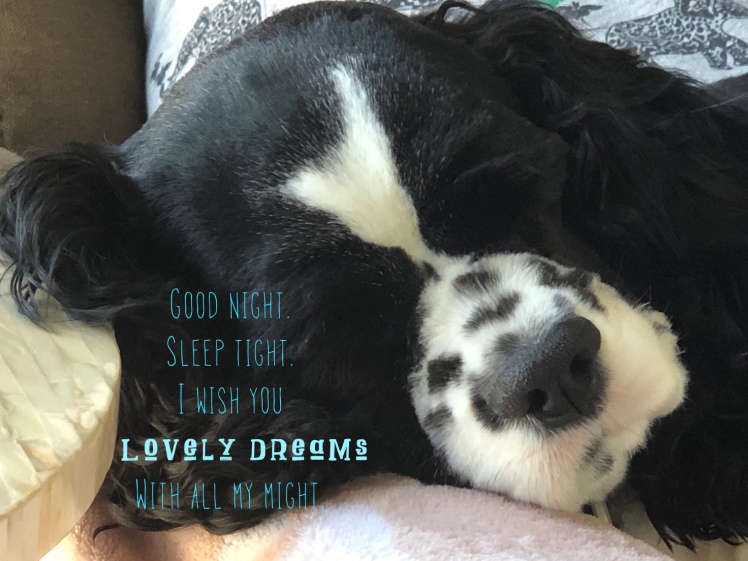 It was my birthday on Saturday. It was exactly what I wanted: a low-key day at our lake cabin. In our family tradition my parents made signs for me but I made a few things I put on social media. 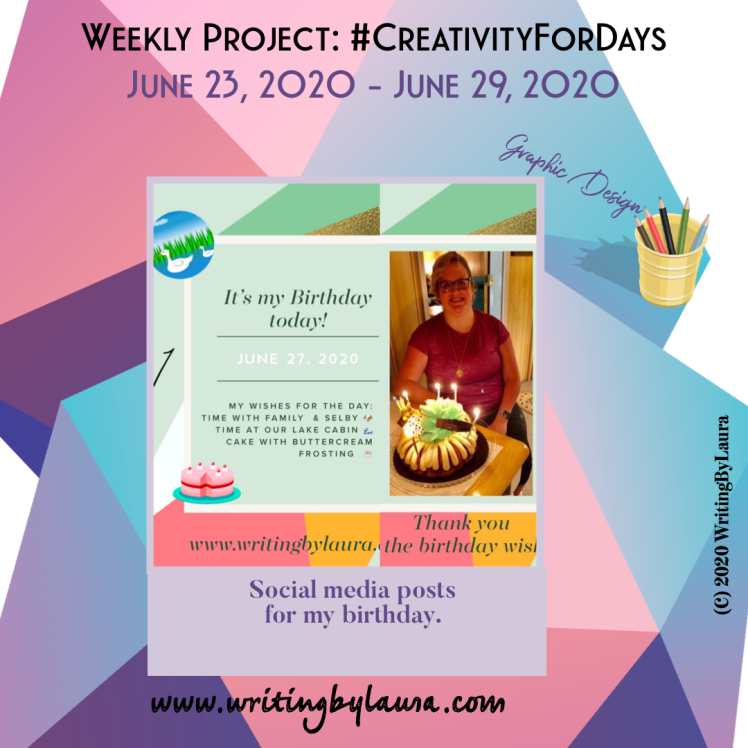