In the United States we celebrated Mother’s Day Sunday (May 10, 2020). Since COVID-19 is still actively gripping and ravaging our country (and the world at large in varying stages and degrees), Mothers and children spent the day apart appropriately socially distanced. I can’t think of a time in my lifetime when THE WORLD was so actively gripped by something that stopped us in our tracks. Usually bad things happen to countries and people at varying times in varying degrees while the rest of the world moves about unharmed and unchanged. But COVID-19 is a global pandemic and no country and no one is left unchanged. So how do we move forward from here? How do we celebrate? How do write about silly things like pop culture?

The answer is somewhat simple. How do we move forward from this pandemic? By continuing forward motion. Yes, all forward motions (and all motions) are certainly more measured than they once were. However, we must move forward. Future generations depend on it.

So with that charge (and perhaps sense of over importance) I bring you a pop culture post on mothers. Because if the world needs anything collectively right now it’s certainly mothering and nurturing.

I asked my parents to help me come up with a list of mother-inspired pop culture. Turns out I have a wealth of knowledge when it comes to pop culture so when they offered suggestions I had already thought of them! To which my mother replied “your brain never stops working and thinking!” She was marveling at it. Because there was a time when it was not guaranteed my mind would indeed continue working (see this page on my Traumatic Brain Injury for more references on my 🧠). So here’s my list of Mom-inspired pop culture that my little brain came up with.

I could go on and list a lot more. However, I just wanted to put this list out there and hear from anyone who has some TV/movie moms.

I have been drawing in chalk on our driveway to help cheer on our neighborhood as we all go through this challenging pandemic. My latest one made me smile and hopefully made my neighbors smile until it was washed away (sidewalk chalk art is a VERY TEMPORARY art)! 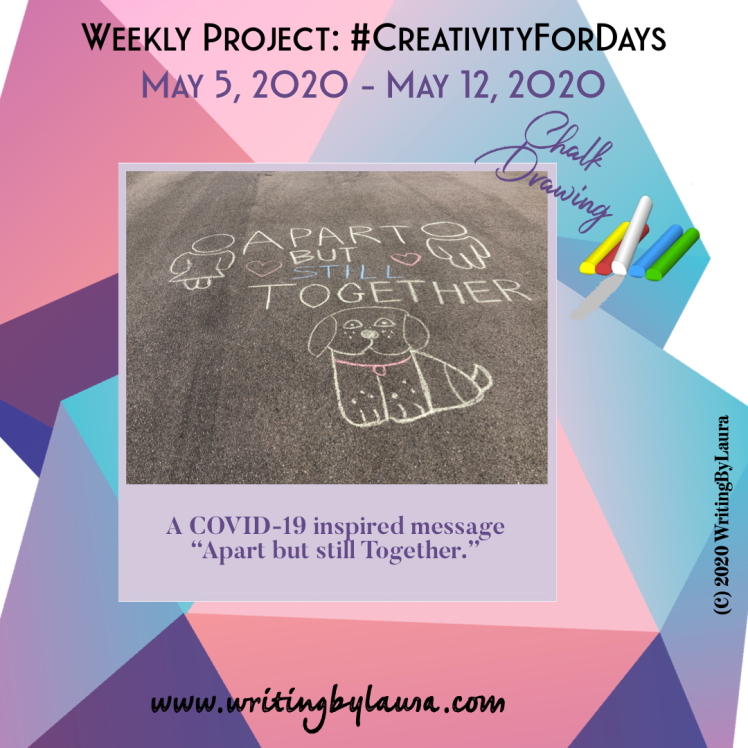 Since I am not a Mom, I have become a fur mom to my sweet almost 3-year-old little pup, @selbysweetie. It cracks me up and makes my heart swell with love when my parents refer to me as Selby’s mommy. I LOVE ❤️ being the Mommy of a sweet and silly little pup. My latest Selby story is that our UPS driver stopped to throw a very excited Selby some milk bones and I took video. It was beyond cute!