I need recommendations on something (scripted TV, no zombies) to binge watch either by myself or with my parents. I have HBO, Netflix, Amazon Prime and cable. So pretty much I have it all and am very spoiled!

I was considering getting the free trial of Hulu for a month to watch The Handmaid’s Tale since I read the book.

But I was a little turned off when I was watching the Golden Globes and they referenced the protagonist (played by Elizabeth Moss) and she had a different name than in the book. Actually the author makes a point of not saying her real name (hard to explain here but it’s kind of an important plot detail, I think) and then on the awards show they so nonchalantly refer to the character’s “real name” and it felt wrong! So it kind of took me aback and made me wonder if The Handmaid’s Tale Hulu show was worth my time. I’m usually a hardcore “the book was better than the movie/TV show” person but for some reason I still subject myself to reading and watching corresponding things. I actually make a point of reading books I know are going to be adapted in some way (I don’t know why). And when I know things so simple like a name are changed it will be harder for me to buy into the world. So if you’ve read The Handmaid’s Tale and watched the Hulu show, please let me know what you thought!

I suppose I shouldn’t be asking for viewing recommendations because I vowed to read 80 books this year (on GoodReads) and because I started this writing project I’m actually reading less and writing more. I suppose that’s good. I read 154 books last year so 80 was a modest goal. 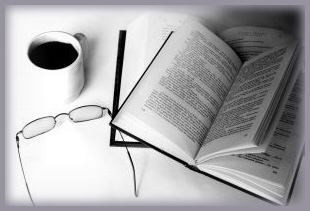 If you have book recommendations I’d like those too. However I didn’t have the goal of the writing project when I set my GoodReads book total goal, but I think I should still keep it up. Everything you read (like this blog post) about creative writing says that reading and reading a lot is paramount to writing well. As a person in the modern age I’ve always added watching movies and TV to that as well.

However, as I’ve mentioned before, my parents and I tend to watch a lot of non-scripted shows which doesn’t necessarily help my cause as a wannabe writer. So that’s why I’m looking to binge on scripted programming. Oh… and NO ZOMBIES. I’ve tried “The Walking Dead,” iZombie” and “Santa Clarita Diet.” Or at least a few episodes of each; and I just can’t do it. I’m not into zombies. I feel like admitting that is like saying I’m not into bacon (I’m not, by the way) because both are so popular. That said, give me your recommendations #nozombies. Comment on this post or @popwatching or @wordsbylaura on Twitter with your recommendations for books 📚 and TV 📺 (and movies 🎥 while we’re at it).

One thought on “POP CULTURE: Need Something to Binge Watch 📺”